Here’s some helpful things about temptations:

1. Satan always misrepresents God and makes you question what God really said. He calls God’s character and motives into question.

2. They are loud and persistent. God’s voice is quiet.

3. They are not always BAD things. In fact, they are often things that God really does have in store for you. The temptation is to obtain the thing in your own way and timing. The temptation is ALWAYS to NOT trust God. Satan’s job, if you will, is to destroy our confidence in and our relationship with God. He doesn’t care if you have everything you ever wanted, you aren’t important enough to him. As long as you do not please God. What pleases God? Faith, fellowship, relationship. God wants you to believe He is who He says He is. He wants you to know Him and to be like Him. Temptations are designed to destroy all of that.

Here is a brilliant example: I have been wanting a dog, a boxer to be exact. The want is legitimate, and I have been walking with God long enough to recognize His heart on the matter. He loves me and wants me to have good things. He is not against me having a dog. I can feel Him smile when I talk to Him about it. BUT I also know He has told me to wait. It isn’t in my best interest to have one now. He is a GOOD Father who knows best. And I have learned to trust Him. I can recognize when it’s a “yes” from God because we have a relationship, and I believe He has the perfect timing and dog for me. When God gives you something there isn’t any sorrow attached. Awesome. However! I get tempted hard to just go get one, any one because I want one and don’t want to wait! It’s loud, persistent, and persuasive. I think it’s interesting Satan still uses the same arguments he used on Jesus in the wilderness. I can choose to tune it out, like static in a radio or I can choose to tune it and give it teeth. I do sometimes. I go look at the boxer’s available and think well maybe, until I shut it down again. Sometimes I go back to God and ask Him “Now, Lord?” It’s at these moments I feel His love for me even as He says “Not yet”. He also laughs at me. A lot.

4. Some temptations are indeed NOT what God wants for you, and He’s promised a way out of them if you’ll look for it. When I was quitting smoking (btw, God gets behind you when you choose to break free from anything that enslaves you. Smoking is not an intrinsic evil as some would suggest), I would face enormous temptations that seemed impossible to avoid. God would do fun things to give me another chance to ignore them. Like my lighter wouldn’t work or I’d get delayed by happenstance so that I didn’t have time to stop and get cigarettes or He’d start arguing with me as I was walking into the store. Am I saying God fools with lighters? I don’t know. I’m saying He got my attention, and it was always MY choice to listen or ignore. He does NOT control you in order to get you to obey. God is not a manipulator. (and we would be wise to emulate His parenting style with our own children).

5. In any temptations or suggestion, a good habit to form is to take it to God. Seriously, pray about it. Believe it or not in my journey with smoking, there was a time I asked Him if I could, and He said yes. It was His mercy in a very difficult time. I knew it wouldn’t be the case for ever, but He knew I didn’t have the strength at that time to fight off smoking along with the other battles I was facing. Later, when I asked He said no. Then it would turn into “I said no, Jennifer, quit asking” lol. He’s so patient, really. I beat myself up way more than He ever put on me. But I also knew when it was coming to a point where I was gonna forsake some of God’s best plans for me if I didn’t stop abusing His mercy. It’s not that His mercy runs out. It’s that you run out of His timing and miss the boat because you stayed for one too many rounds at the pub. That’s a horrible feeling. It doesn’t necessarily mean all hope is lost, but it can mean there is now a greater cost to doing His will, either for you or for someone else who was supposed to get your help. And that brings me to my last point….

5. Temptations have a serious cost. If Jesus would have given in to just one of Satan’s temptations, the whole world would have been lost. Esau gave into his hunger (craving) and lost his birthright and blessing. He got second best for his life. Lives can be lost, destinies denied, provision destroyed and worst of all, separation from God in shame and defeat. Even my little temptation with something as innocuous as a dog is a big deal in the kingdom of heaven. May no craving, large or small, ever come between me and Jesus.

When we fail to resist a temptation, though there may be a cost involved, don’t ever let it turn into defeat and shame. He is our Redeemer for a reason. He bore our shame in His own body, for all time. Run TO Him, not away from Him when you fail. He is so compassionate and passionate for you. Faithful, forgiving, gentle and kind. Humble yourself, face it, and find out why they call Him Savior. It’s awesome.

Anyway, love you guys. Fight the good fight of faith.

This site uses Akismet to reduce spam. Learn how your comment data is processed. 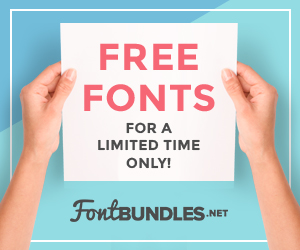 You don’t get your goals AND your excuses.

The Only Person I’m Competing With Is Me

How to Use Your Excuses to Set Your Priorities

5 Ways to Keep From Adding to the Noise

How to Do It Afraid

There are ads and affiliate links on this site. If we love it, we endorse it!